Nick has a BA Honours Degree in Music and taught Degree level Advanced Musicianship and Technical Development at the British Institute of Modern Music (BIMM).

Nick is a member of Roger Taylor’s Queen Extravaganza with singer Marc Martel, hand-picked and managed by Queen. His debut was to 40,000 people in the Hong Kong Stadium and has since toured extensively, recording their Live at Hammersmith album in 2016. He was 1st choice to provide Bryan May’s closeup finger-work for the Live Aid segment of the Queen movie Bohemian Rhapsody.

Nick performed ‘School’s Out’ with Alice Cooper for the song’s 40th anniversary (watch HERE), and has performed Bohemian Rhapsody with Brian May. 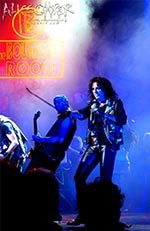 Nick was chosen by Brian May for the Queen musical We Will Rock You, was approved by Pete Townsend for a tour of The Who’s Tommy and has toured stadiums and arenas around the world with a Pink Floyd production. (watch HERE)

However, he will tell you that his proudest achievement was standing applause from his hero Jimmy Page after watching Nick emulate James Burton in a faithful reproduction of an Elvis Las Vegas concert.

Nick is the Owner and Director of FretHub Ltd.

Back to the top 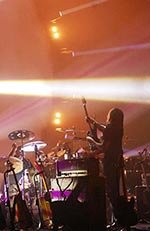 As a former member of Brit Floyd, The Classic Rock Show and The Australian Pink Floyd Show, Bobby averaged 160 huge worldwide shows a year including London’s Wembley Arena, Royal Albert Hall and O2 Arena; Red Rocks Amphitheatre, Colorado; The Greek Theatre and Gibson Amphitheater in Los Angeles; The Fillmore and The Warfield in San Francisco; The Bell Centre, Montreal and headline slots at Glastonbury and Isle Of Wight festivals.

He played in the hit Queen show We Will Rock You in London’s West End, Zurich, and Vienna before touring Europe with The Rocky Horror Show.

Bobby is a former Co-owner and Director of Frethub Ltd.

Back to the top